The triadic ballet of Oskar Schlemmer is his most famous work for the theatrestage and this which is connected mostly with the stage of the Bauhaus.

So little it was to be seen during the twenties, the pictures of the ballet are connected today on the reconstructions and new creations of the sixties and seventies. Unfortunately, there have been to date only two such attempts which are also both historical today.

Instead of a stiff one to one costumerecreation the costumes are so interpreted as Schlemmer had developed them simply and originally as an enlargement of ballet costumes and stage figurines (also of the puppet theatre). Instead of automated, stare to dehumanised figurines to a mechanised music TRIAS picks out as a central theme the breaking off, the explosion and physical joy and musical action in the music and dance theatre. Instead of a celebration of high constructive Bauhaus art, TRIAS focusses itself on the clowneske and carnival stresses in Oskar Schlemmer's access to the stage.

TRIAS of the THEATER DER KLAENGE is a new interpretation with the dance and musical possibilities of the 21st century. It ventures in 2014/15 for the first time for nearly 40 years and more than 90 years after his première.

Besides, TRIAS does not want to animate more or less as the inheritance of the classical modern art, but also the mind of the „roaring twenties“ and with today's physical and musical technologies to make a today's (Bauhaus) stage party!

To the new interpretation of the "triadischen ballet" from Oskar Schlemmer by the THEATER DER KLÄNGE in 2014/15 the composer and musician Thomas Wansing was asked by the theatre to create a completely new incidental music for all 12 sentences of the ballet. The music was concipated for few unstrengthened instruments (piano, solo instrument, Percussion). Besides, any musicgenre was permitted (also new play technologies) which can be generated directly with these instruments. This always in direct dependence or as a rhythm and impulse giver for the dancing figurines. In the "abstract" scenes increases the sound by careful use of electronic modulations of the instrumental sounds. The music from composer Thomas Wansing was created virtually as a Korrepetitor on piano within the Ballet-rehearsals of the theatre in winter 14/15, simultaneous codeveloped and "tailor-made" for the single scenes. In the third act the dance music increases after the respective scene around a short part in concerto form which are also given in the live performances. For the recording on CD the composer has fortified the instrumental studio admissions partially with sound samples and additional Percussion in the Editing to give more density and depth to the sound impression than this is possible in the live play with 3 musicians. 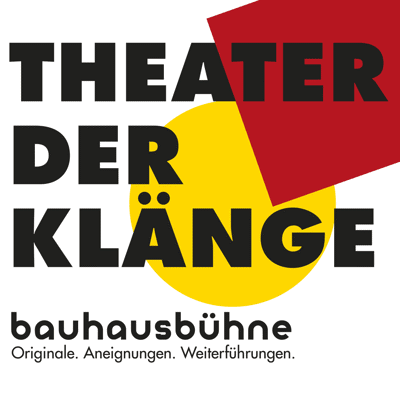 In the audio-medial exhibition, the THEATER DER KLÄNGE at the Theatermuseum Düsseldorf presents eight "Bauhaus productions".
19,00 € 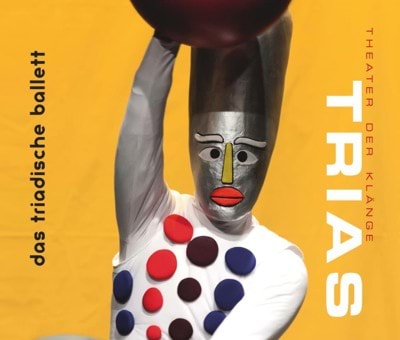